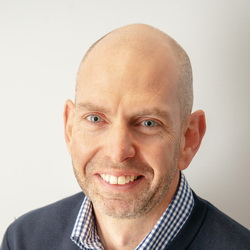 Principal Optometrist
B. Optom (Hons) UNSW
Aaron is our principal optometrist and the owner of Aaron Henry Optometry. Aaron graduated from the University of NSW in 2001 and completed post-graduate studies in Ocular Therapeutics in 2014.

After completing his studies, Aaron returned to Dubbo, the town he grew up, to work alongside his childhood optometrist. In 2004 he moved to the Hunter Valley to carry on his optometry career. Three years later started his own practice, Aaron Henry Optometry, which has been growing ever since.

Now a part of the Muswellbrook and Upper Hunter community for over fifteen years, Aaron enjoys raising his young family with his wife, Lisa.